WHAT DO I NEED TO DO TO GET MARRIED IN AUSTRALIA?

Firstly, let me tell you, there are not many things you HAVE to do to get married in Australia but an endless possibility of things you can do (more later). Marriages in Australia are regulated under the Marriage Act of 1961 (including any amendments) and administered by The Attorney-General’s Department who register all Commonwealth-Registered Marriage Celebrants. While the Marriage Legislation covers, in some areas, ceremonies by Religious Institutions and State & Territory Officers (Registry Offices etc) I will be concentrating on areas relating to Marriage Celebrants.

Rather than reading through all the requirements, a Celebrant should and, in all probability, would go through everything related to a marriage ceremony including all legal requirements in your first meeting or communication. In any event they can guide / advise you through the process.

Instead of including ALL details and exceptions to requirements below you will find future articles which will expand on less common topics. ***

4. Wedding Ceremony must include the following in this order. There are specific words with some, but limited, scope for change. - ***

7. Official Marriage Certificate (needed for proof of marriage and for changing names) – ***

WHY SHOULD COUPLES PAY MORE ATTENTION TO A PERFECT WEDDING VENUE?

WHERE CAN I GET MARRIED IN AUSTRALIA?

WHAT DO I NEED TO DO TO GET MARRIED IN AUSTRALIA? 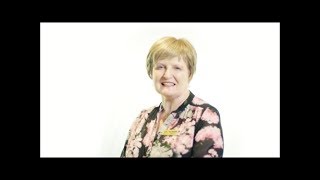 Valentine's Day is round the corner